While the nation as a whole saw a tiny decrease in the S&P Case-Shiller Home Price index in the January report released today, the San Francisco Metro Area Index (for 5 northern counties) bumped up again. The C-S Index for higher priced houses has now completely re-attained the previous market peak set in 2006, as measured by January data points. The city of San Francisco itself has exceeded the rise in the 5-county area and has generally surpassed previous peak values – many SF neighborhoods by substantial margins.

Based upon what we are seeing on the ground, we expect to see further increases once the late winter/early spring selling season is reflected in the Index.

This first chart shows market cycles over the past 30 plus years. The second chart shows appreciation since our current market recovery began. 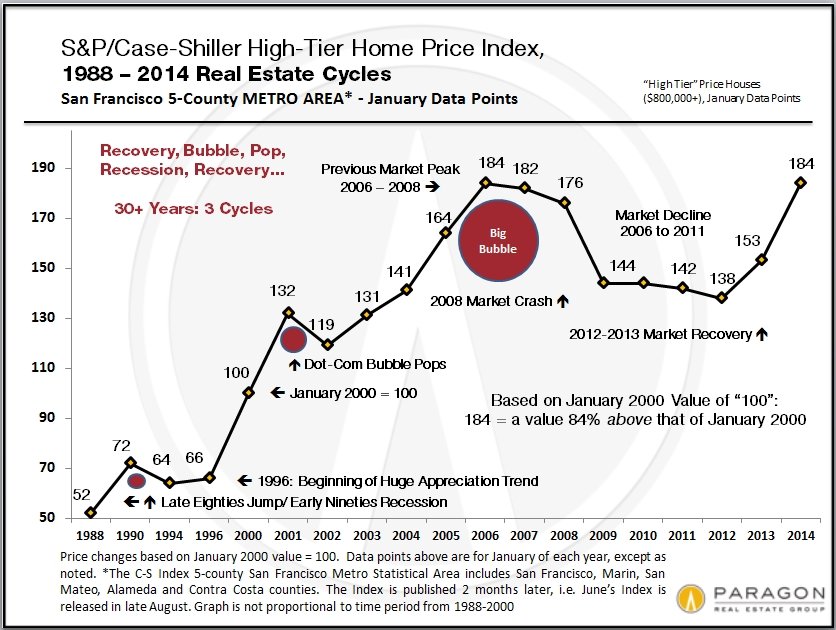 This chart tracks the most recent market recovery which began in earnest in early 2012. In both 2012 and 2013, the spring seasons saw substantial jumps in home values. We recently thought the likelihood of yet another significant jump in 2014 to be relatively low, but the market we’re seeing on the ground – a very high demand/very low supply dynamic – is leading us to suspect otherwise. 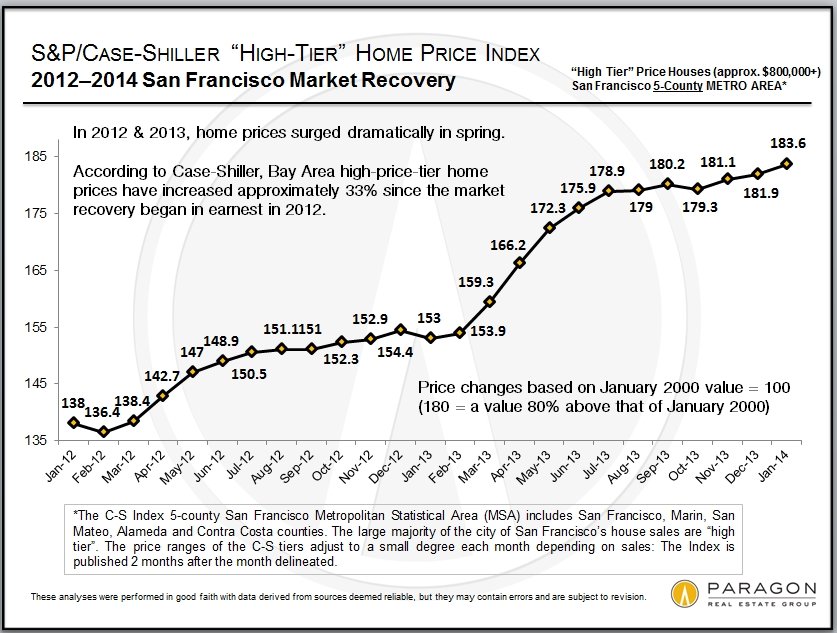 The full report can be found online here.